Right in the heart of an area steeped in history

Our restaurant, Les Noces de Jeannette, is located right in the centre of Paris on the Grands Boulevards and is nearby to some of the capital's most famous monuments, theatres, galleries... 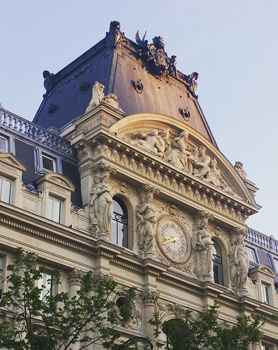 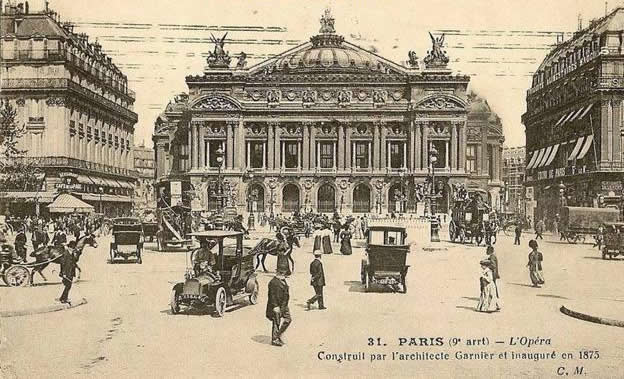 Just 500 metres away from the Opéra Comique and Les Noces de Jeannette is the Opéra Garnier, or Palais Garnier, which was designed by the architect Charles Garnier after he won a competition to design it. Its construction, decided upon by Napoleon III as part of a transformation of Paris carried out by the prefect Haussmann and interrupted by the war in 1870, was resumed at the beginning of the French Third Republic. The building was inaugurated on 5 January 1875, by the President of France, Mac Mahon.
With its eclectic inspiration, the monument, designed by Charles Garnier, was marked by a taste for stately architecture and an attraction to Baroque art. It has become one of the most iconic examples of the style that was prevalent during the period of Napoleon III, which was inspired by Italian palaces and the late Renaissance.
The Opéra National de Paris is one of the most important lyrical and choreographic stages in the world. 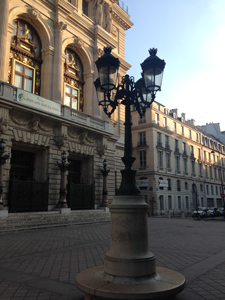 Other famous places nearby...

As well as the department stores, Printemps and Galeries Lafayette, are located just 10 minutes' walk away from Les Noces de Jeannette.

Finally, Les Noces de Jeannette can also be used as a starting point for a walk in the footsteps of famous people who have lived in the area:

In 1860, at No. 35 boulevard des Capucines, Nadar (Félix Tournachon) established his famous photography studio. A journalist, caricaturist, writer and balloonist, he photographed the celebrities of the period and also conceived numerous air navigation projects. His illuminated sign was created by Antoine Lumière. It was here that he hosted the Impressionists' first exhibition in 1874.

On 2 February 1826, Jean Anthelme Brillat-Savarin, author of 'The Physiology of Taste', died in the house located at 11 rue des Filles-Saint-Thomas.